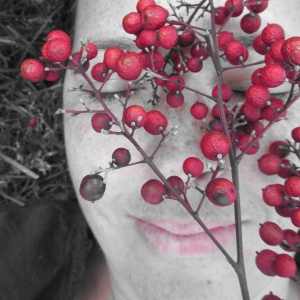 How Many Ways Can You Look At A Black Bird?

Last week I wrote about the power and healing that can be experienced through connecting with our non-human friends, wild and domestic. This weekend, I led a wonderful circle of explorers in sharing the wisdom they had received from getting to know such diverse creatures as Mice, Honeybees, Octopus and even Unicorns.

Perhaps not surprisingly,  the critters that got the most enthusiastic response were the Raven and the Crow. Everyone, it seemed, had a story about an encounter with these intelligent and magical birds – as well as their own interpretation of what those encounters had meant.

For one man, a large Raven presented the opportunity to see the world through another set of eyes. In another instance, a large gathering of Crows appeared as an invitation to change the way one woman led her life.

Our group had used a deck of animal oracle cards as a jumping off point for the conversation, but the real purpose of the circle was to demonstrate that relying too much on an external interpretation of an animal’s “meaning” can separate us from our own understanding of that animal’s true “medicine”.

Anyone who authors a deck of cards – or a book on divination or symbology – brings their own associations and biases to the symbols they are explaining. In many instances, those associations may help us understand something that is otherwise confusing. But at other times, someone else’s interpretation may only lead us further away from our own truth.

If you’d like to begin listening for your own animal messages, you can start by educating yourself about an animal’s behaviors, talents and habits. Learning that a 90 foot octopus can fit through a 3 inch hole, for instance, recently inspired me to ponder how I too could squeeze my life through the eye of a needle.

We all have the power to understand the Crow, the Raven, the Octopus or the Spider – if we just take the time to pay attention. What an individual animal says to one person may not be the same as it what it says to another, and you may be surprised at what even the most common animal – like our friend the Crow – has to tell you.

If You Could Talk To The Animals…

Animal medicine has been a tremendous influence in my life – animals have many great gifts to give – and yet I’ve continued to be bothered by how closely animal medicine is associated with Native American traditions.

The association bothers me not because I have any quarrel with Native North American traditions, but because it may prevent people who have no affinity or familiarity with those traditions from examining – and benefiting from – their own valuable experiences of animal consciousness.

Native North American Tribes did not invent the affinity of animals with human beings (such teachings are, in fact, likely present in all indigenous traditions) and yet, because their ancient cultures have held on to the belief in – and practice of – learning and healing with animals, culturally we assume that, somehow, animal medicine is a Native American Thing, an indigenous “cultural property.” We may also assume that, to do it right, we need to consult a book, a medicine man or a shaman.

This is not a difficult assumption to make. If you’ve spent your life identifying as a Jew, an Italian, or just a plain American, you normally wouldn’t say you “have a wolf totem” or are “a bear person”. People who generally say this have been introduced to certain indigenous traditions.

And yet…introduction to those traditions is not a necessity for sitting on a beach and connecting with birds. Familiarity with Lakota, Cherokee or Northwestern Tribal traditions is not necessary for being moved with awe at the vision of an eagle or the power of a salmon.

Books, medicine men and shamans can surely help. But, when it comes down to it, there’s nothing like the real thing – sitting face to face with another sentient being and letting it tell you its story and give you its gifts. And then giving gratitude, peace and acknowledgment in return.

The Consciousness Consultant Is IN

The further I’ve delved into my practice and the more committed I’ve become, it seems there have been fewer and fewer words to adequately describe what I do and, especially, my experience of doing it.

When  I discovered Rachel Pollack‘s Shining Tribe Tarot deck, I first became a tarot card reader. But the term – and its associations with gypsies, charlatans and basic chicanery – never held much charm for me. Over the years I  toyed with Spiritual Counselor, but it felt too loaded. Coach felt too goal-oriented.  Mystic – too ancient. And Oracle? Too obscure.

A few years ago, I started using the term intuitive. But I was still uncomfortable, as I never forgot hearing Caroline Myss say that pursuing intuition was barking up a wrong tree. “Successful criminals and con artists” she said, are some of the best intuitives out there. There’s nothing special, she said, about intuition. We all have it if we look closely enough and possessing it decrees neither wisdom nor trustworthiness.

Words have always been important to me. As a child, I was an avid reader. As an adolescent, I fell in love with The New York Times Crossword Puzzle and began to write. Later, through my participation at Landmark Education, I learned how powerfully the words we use to describe our experiences – and the stories we tell about ourselves – shape our lives.

So for weeks I’ve been walking around – half in jest/half in frustration – asking out loud:  “What do I DO??”

Consciousness. It encompasses the ever-expanding boundaries of scientific knowledge. It refers to the insights of Christ, Jung, Buddha, Joseph Campbell and Stanislav Grof. It addresses desires, emotions, intentions, trauma, dreams and everything in between. And it is informed by shamanism, nature, plant medicine, mushrooms and pharmaceuticals.

Consciousness is why my practice is effective, whether my clients are believers or non-believers, church-going or atheist, skeptical or gullible. Because the people who come to me, whether they are aware of it or not, have an inherent desire to evolve their consciousness. And so do I.

From now on, my new job title is Consciousness Consultant.

If you got beyond all your own crap, associations, fears, insecurities and doubts, what would  your new job title be?